Kalala, meaning “Miracle Place”, is the symbol of our commitment to harmony with nature, organic viticulture practices, and our wines.

Kalala Organic Estate Winery is a producer of wines made with 100% certified organic grapes, located on the upper bench of West Kelowna in the Okanagan Valley of British Columbia, Canada.

The results are in every bottle of our award-winning BC VQA wines: The balance between fruit and acidity, perfect aging, body and flavour true-to-varietal. Kalala produces light-to-crisp white wines, bold red wines, and has one of the largest portfolios of organic Icewines in British Columbia.

We have been producing wine from top-quality grapes hand-picked from certified organic vineyards across the Okanagan Valley since 2006, officially opening our doors to the public in 2008. Since then our wines have impressed critics both nationally and internationally. Recent awards include: Gold at the prestigious 2014 Chardonnay Du Monde competition in France for our 2012 Chardonnay Icewine, and a double gold at the All Canadian Wine Championship for our 2009 Dostana Merlot.

Certified organic in September 2010, Kalala’s philosophy is to allow the varietal characteristics and terroir to be truly expressed and enhanced by minimal handling during winemaking.

Many wonder how Kalala Organic Estate Winery got its name. The legend comes from the owner, Karnail’s grandparents who told him the story of how the village where he was born came to be. Long ago, in Northern India, farmers working in the beautiful and distant flatlands came upon a wolf and lamb sitting peacefully together. They believed this coexistence to be so inspiring that they moved their village to this very spot, in hopes that the same harmony would be reflected in their village, and named it Kalala, meaning Miracle Place.

Feeling that this story was reflective of the Okanagan Valley and his pursuit to grow the grapes in harmony with nature, he named his winery after this miraculous place Kalala. 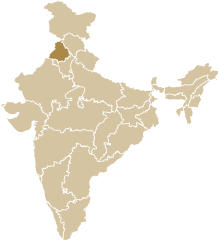 Karnail Sidhu is the man behind the grapes. He moved to Canada in 1993 to pursue a better life for his wife, Narinder, and their future family. Originally immigrating as an Electrical Engineer, Karnail found that Canada would not recognize his degree and so he went back to his roots of organic farming. Karnail is a third generation organic farmer and he knew, with the orchards and vineyard’s in the beautiful Okanagan, that he would be able to make the land and fruits it produced completely organic and one with nature.

Starting at Summerhill Pyramid Winery in 1995, Karnail found his passion in the vineyard and in viticulture. He absorbed all the knowledge he could and then sought out more. Fortunate to have Summerhill’s support, he was able to take courses in viticulture and learn in-depth about the best grape growing practices which he incorporated with his knowledge and experience as an organic farmer. As his knowledge grew, so did he within the winery and he became the Vineyard Manager.

Through his upbeat and friendly personality, he managed to befriend anyone and everyone he spoke with including Tibor Erdelyi and Alan Marks at Summerhill. Tibor was the head of the wine shop and Alan was the winemarker; together they formed a friendship that would carry on decades and follow all three to Kalala Organic Estate Winery. Tibor has been the winemaker at Kalala since 2008 and Alan has been working with Karnail as a wine making consultant since 2006.

Karnail found such passion working at Summerhill that it encouraged him to begin planting his own vineyards and starting his own winery. He found a property in West Kelowna that would be the perfect venue for this and began soil remediation to turn non-organic vineyard’s and soil into organic. Karnail planted organic grapes starting in 2003 at what is now Kalala’s largest vineyard, located on the Upper Bench of West Kelowna. He planted 17 acres of organic grapes ranging from Chardonnay to Pinot Gris to Zweigelt. This vineyard is now the backdrop of the wine shop and picnic area at Kalala Organic Estate Winery.

Karnail officially opened the door of Kalala Organic Estate Winery on July 5th, 2008. This year he has celebrated 12 years of Kalala, 17 years of organic grapes and 25 years in the wine industry. To mark these anniversaries, Karnail was awarded Viticulturist of the Year for 2019.

Karnail welcomes you to walk around our vineyards, learn about organic viticulture and winemaking. When Karnail is here, he is always around and excited to share his knowledge with those who are interested. Enjoy the view, a tasting with Tibor and a conversation with Karnail. Celebrate the pleasures of wine, food, learning and adventure with a Kalala Wine Club Membership. As a member you will receive award winning Kalala & Dostana wine shipments delivered right to your door. You’ll also be entitled to discounts on wines from our online store, priority access to new releases, Premium Estate, and Library Vintage wines and other special promotions, invitations to exclusive events, and discounts on merchandise and dining experiences.